Exceptionally also via the chair of Prof. Dr. Hans Kudlich: 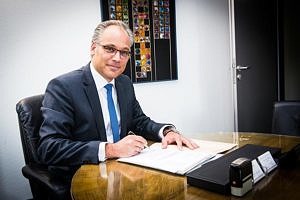 Homepage of the notary’s office

Legal Tech – Does the traditional legal system have to adapt? – Interview with Prof. Dr. Franz Hofmann

What is behind legal design? – Interview with attorney Baltasar Cevc
https://www.youtube.com/watch?v=M6xVZVf6fqg

How can legal argumentation be formalized at all – Interview with Prof. Dr. Michael Kohlhase
https://www.youtube.com/watch?v=QJlS2Up5n68

How self-driving cars will learn and apply traffic and legal rules in the future – Interview with Mr. Felix Friedmann
https://www.youtube.com/watch?v=ydj7MjAbkm8

Hour 7 – Ashley – State of the Art in US, What should legal-tech education include?, What is changing in the legal profession?
https://www.youtube.com/watch?v=yYcn2emJMos&list=PLlAmFMfHr2U3Gs-VJxkV3jzvIj_lv2UGv&index=7

Hour 8 – Overview of some basic features of logic
https://www.youtube.com/watch?v=Vvc3jJITY9A&list=PLlAmFMfHr2U3Gs-VJxkV3jzvIj_lv2UGv&index=8

Hour 10 – Guest lecture by Martin Kurtze (Siemens AG) – Legal-Tech-Tools on their way into the daily work of the legal department
https://www.youtube.com/watch?v=G6SBNYYxqNQ&list=PLlAmFMfHr2U3Gs-VJxkV3jzvIj_lv2UGv&index=11

Hour 3 – Development of argumentation theory – from Aristotle to Wohlrapp
https://www.youtube.com/watch?v=ZIU9hZ3yHPc

Hour 4 – Explanation and criticism of modern argumentation theory based on the concept of argument according to Wohlrapp and references to Legal-Tech
https://www.youtube.com/watch?v=IYimv6pTG4E

Hour 1 – Introduction to the topic and BVerfGEs January/April 2019 on the unconstitutional exclusions of the right to vote of persons under care according to § 1896 BGB and of offenders according to §§ 20, 63 StGB.
https://www.youtube.com/watch?v=_FRVCpSLNAc

Hour 3 – Election review appeals to the BVerfG against the European election of May 26, 2019
https://www.youtube.com/watch?v=21qOqYTAeEY

In the upcoming winter semester, a pro-/seminar entitled „‚Artificial Intelligence‘ and Legal Reasoning“ will take place.

In the first few hours of the proseminar, students will learn how legal reasoning and legal practice work in addition to scientific work. Then, questions of legal methodology and argumentation theory as such, a meanwhile established philosophical discipline, will be addressed in order to gain insights into legal argumentation.

Thematically, this involves, for example, whether the concept of argument can be defined at all, whether criteria for „valid“ arguments can be established, whether „convincing“ arguments can be distinguished from merely „persuasive“ arguments, etc. Finally, philosophical references e.g. to philosophy of science and epistemology are pointed out. For example, how have the criteria of scientific testability changed starting from intuition, through verification and falsification, to the question of the rationality of arguments? At the end the topics are assigned, e.g.

This proseminar is especially intended for students in their first four semesters. Special prior knowledge of argumentation theory, legal methodology or philosophy of science would be helpful, but is not expected. Introductory information on the content of the respective topics as well as information on introductory literature will be given in the course of the first dates and also still specifically when the topics are assigned and prepared.

The detailed announcement can be found here.

The pro/seminar was held as a Zoom meeting.

In the summer semester of 2021, I will be teaching a pro/seminar on the law of democratic parliamentary elections.
In the proseminar, the first hour will teach how academic work and classical legal reasoning and argumentation works. Then we will deal with questions of electoral law.
How has the right to vote developed historically and which elections are available for people living in Germany. There will also be comparative studies of various foreign legal systems in contrast to the German legal system, e.g. in connection with questions about the possibility of proxy voting in electoral law or in connection with various minimum/maximum voting age limits. In addition to questions of substantive law, the discussion will also focus on various legal remedies available in the German legal system for contesting elections or the right to vote. Finally, there will be an outlook on possible technical possibilities (e.g. via legal-tech tools) of democratic participation, as well as in connection with demoscopic, sociological and psychological questions. At the end of the last double lesson the topics will be assigned, e.g.

The videos of the event can be found here. 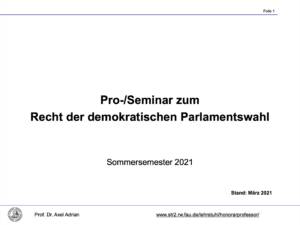 On July 1 and 2, 2021, the conference „Digitization of Civil Process and Law Enforcement“ – hosted by Prof. Dr. Axel Adrian and Dr. Martin Zwickel – took place at FAU.

The program can be found here. The conference dealt in five parts with central issues of the digitization of civil process and law enforcement and is intended to expand in several respects the already intensive discussions of the ideas available with the discussion paper of the working group Modernization of Civil Process:

The legal issues were supplemented by the expertise of computer scientists and discussed from a joint perspective.

At appropriate points, a practical/interdisciplinary view or expansion of the working group’s proposals took place, e.g., by including communication psychologists, bailiffs, and actors in consensual dispute resolution.

A look at similar systems to be discussed for the judiciary, such as the automatic verification of income tax returns and the upcoming online incorporation of limited liability companies, can also be helpful in questions of the digitization of the judiciary.

Foreign legal systems often provide rich illustrative material on individual issues relating to the digitization of civil proceedings. Even if a direct adoption of foreign legal institutions often comes up against limits, comparative law experience reports should by no means be ignored.

My summary of the conference can be found here.

The videos of the conference can be found here.

The pro/seminar was held as a Zoom meeting.

The course will thematically address, for example, whether the concept of argument can be defined at all, whether criteria for „valid“ arguments can be established, whether „convincing“ arguments can be distinguished from merely „persuasive“ arguments, etc. Finally, philosophical references e.g. to philosophy of science and epistemology are pointed out. How, for example, have the criteria of scientific testability changed, starting from intuition, via verification and falsification, to the question of the rationality of arguments? At the end, references to symbolic AI and to the question of the possibility of representing legal arguments with machines will also be addressed.

The videos of the 4 double lessons of the event can be found here. 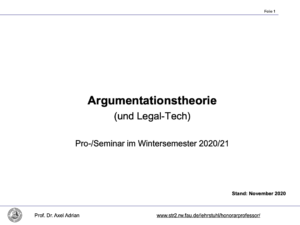 The lecture „AI and legal decision making“ took place as a zoom meeting. As guest speakers have lectured:

The videos of the 12 double lessons of the event can be found here. 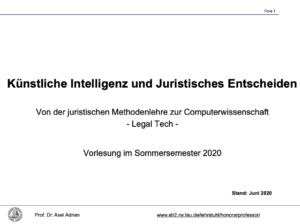 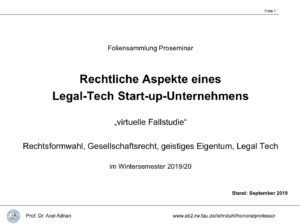 The presentation slides can be found here. 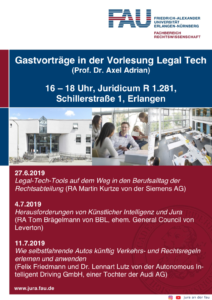